Hamburg, 5 November 2015 – XING AG, operator of the leading online business network in German-speaking countries, increased its third quarter revenues year by 17 per cent to €30.5 million (Q3 2014: €26 million). Every segment of the business contributed to this growth.

The company’s core segment, paid memberships, continued to grow strongly with an 18 per cent increase from €15.6 million in Q3 2014 to €18.5 million in Q3 2015. During the first nine months of the current financial year, XING acquired more than 34,000 new paid members, which is an increase of over 30 per cent compared to the same period in 2014 (25,800). This increase means that a total of 869,000 members were using XING’s paid B2C products (Premium and ProJobs) in the D-A-CH-region as of the end of September. The E-Recruiting segment grew by 16 per cent to €10.2 million during the third quarter. This is in particular due to a one-time effect in the employer branding sub-segment whereby the old XING Company Profiles were discontinued as of the second half of 2014 and replaced by the new, higher-priced Employer Branding Profiles, which will have a corresponding effect on the third and fourth quarters of 2015. The other two sub-segments, active and passive recruiting, are not subject to this effect and continue to produce unabated growth. The realignment of the events segment has borne fruit with Q3 revenues of €1.5 million, which is an increase of 24 per cent compared to Q3 2014 (€1.2 million).

XING CEO Thomas Vollmoeller said: “We grew in every segment of the business again during the third quarter. What’s particularly pleasing is the fact that more and more people are opting for our Premium products, which is reflected in our strong growth figures for that segment. Our sustained member growth also shows that an increasing number of people see XING as a fundamental part of their everyday life.”

During the first three quarters of 2015, XING welcomed 1.2 million new members in total. This is the highest nine-month member growth in the company’s history and a 59 per cent increase over the same period last year (739,000). As of the end of September, XING had a total of 9.2 million members in German-speaking countries. XING also welcomed around 0.5 million users to XING EVENTS, leading to a 9.7 million user base as of the end of September.

During the third quarter, XING launched two product innovations: “Jobs” and “Klartext”. “The third quarter was important to XING as we invested in new products. XING Jobs and our journalistic offering, Klartext, were both developed especially for the needs of people in German-speaking countries and, as a result, set XING apart from all of our competitors in our domestic market. These new products allow us to tap into new markets and industries”, Thomas Vollmoeller said.

With 1 million jobs on offer, XING Jobs incorporates practically every relevant vacancy in German-speaking countries. In contrast to conventional job boards, it is specifically tailored to the needs of modern knowledge workers by providing conventional career opportunities as well as part-time jobs and jobs for people looking to find meaning in their work.

XING Klartext is a journalistic offering where experts and well-known people can voice their opinions on current and controversial issues related to business and careers. Journalistic content is provided by an editorial team consisting of seven people with Roland Tichy, former editor-in-chief at German weekly business news magazine WirtschaftsWoche, as publisher and Jennifer Lachman, formerly of the Financial Times Deutschland, as editor-in-chief. What’s special about Klartext is that XING members can not only comment on articles, but can also become Klartext authors and play an interactive part in debates. This innovative journalistic offering complements XING’s content portfolio which so far has consisted of curated Industry News and XING News Pages.

About XING
XING is the social network for business contacts. XING has 9.7 million users in its core German-speaking market, 9.2 million of whom are XING platform members. XING is a platform where professionals from all kinds of different industries can meet up, find jobs, colleagues, new assignments, cooperation partners, experts, generate business ideas and get informed about latest industry topics. Members can meet and exchange views in over 74,000 specialist groups, while also getting together at networking events. The platform is operated by XING AG, which was founded in Hamburg, Germany, in 2003, has been publicly listed since 2006, and listed on the TecDAX since September 2011. In December 2010, XING acquired amiando AG, a Munich-based company and Europe’s leading provider of online event management and ticketing. Since the end of 2013 the company has been trading under the name XING EVENTS GmbH. The acquisition of kununu, the leading platform for employer reviews in German-speaking countries, allows XING to extend its position as the social recruiting market leader. At the start of 2015 XING also acquired Intelligence Competence Center AG, including its Jobbörse.com website which is the largest jobs search engine in German-speaking countries with over 2.5 million jobs. Visit www.xing.com for more information. 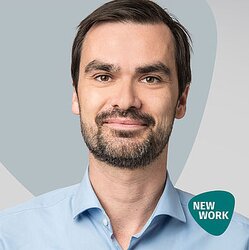